Who owns the world's largest crane?

The world's largest crane has a maximum lifting torque of up to 250000 ton meters, so it has a lifting capacity of 5000 tons.

This crane is called sgc-250 and nicknamed "big Carl". It is designed and built by sarens, a heavy crane manufacturer headquartered in Belgium. The world's largest ring crane is participating in the construction of Hinkley point nuclear power plant in Britain.

Due to the huge lifting capacity of sgc-250, more than 600 prefabricated components of the new power station are all in place, including the steel containment lining of each reactor building and the main part of the dome. 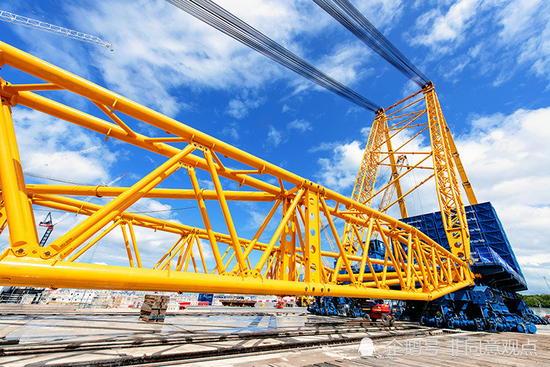 The maximum lifting height of sgc-250 is 0.25km, which is slightly higher than Canada square 1 at Canary Wharf in London. Such a huge lifting height is the result of the joint action of the 118 meter high steel main boom and the 52.3 meter high boom. The main boom is 160 meters high and the boom is increased by 100 meters. In addition, the lift and swing control system consists of the highest quality components to achieve the highest level of performance.

There are 6km long rails on the construction site of nuclear power plant, which allows the crane to move between three lifting locations, which is the first in the industry of fully assembled crane. The sgc-250 moves on high-grade rails, allowing it to move between different positions without reassembly.

When moving between different positions, it mainly runs on 96 separate wheels. D