// BLOG DETAILS
You are here: Home » Blog » Industry News » Top 50 global construction machinery in 2021: Chinese enterprises ranked among the top three for the first time, only second to Caterpillar and Komatsu

Top 50 global construction machinery in 2021: Chinese enterprises ranked among the top three for the first time, only second to Caterpillar and Komatsu

Not long ago, the UK KHL group released the top 50 global construction machinery manufacturers in 2021. Data show that last year, the global sales of construction equipment reached US $191.587 billion, a year-on-year decrease of 5.5%. The top ten accounted for 65.3% of the global market, up 1.6 percentage points year-on-year, and the head concentration was further improved. 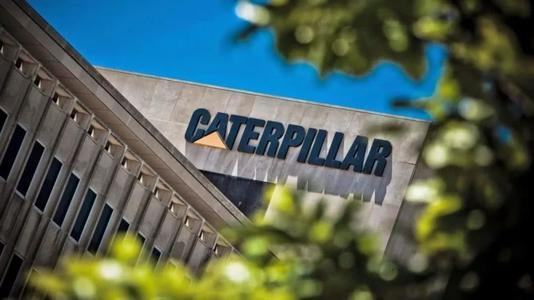 There are six enterprises in the United States, accounting for 21.9% of the total sales. John Deere fell from third to sixth with sales of $8.947 billion. Caterpillar continued to be the first in a row, with sales of US $24.824 billion (about 160 billion yuan), down from US $32.8 billion last year; Market share also fell 3.2 percentage points to 13%.

It entered the Chinese market in the early 1970s. Over the past 40 years, its Chinese suppliers have grown from the initial 5 to more than 400, and has 18 manufacturing plants, 2 R & D centers, 2 logistics and parts centers. In the first quarter of 2021, Caterpillar's global sales revenue increased by 12% year-on-year, while the sales revenue of the infrastructure business segment in Asia increased by 72%, and the Chinese market became the main driving force.

The top 50 are from 11 countries, including 3 Swedish enterprises. Volvo Construction equipment (7), Sandvik mining and rock technology (11) and anbaituo (14) are among the top 15, accounting for 9.7% of the total sales share. There are four German enterprises, accounting for 5.6% of the total sales, and Liebherr ranks ninth with a turnover of US $7.808 billion; There are three in France, two in South Korea, Finland, Britain and Italy, and one in Austria. It is worth mentioning that Hyundai has confirmed its acquisition of Doosan construction machinery, which ranks 10th. The alliance of strong and strong will enhance its competitiveness in the international market.

With the decline in major global markets, China's construction machinery sales grew against the trend, with an increase of about 14%. The proportion of total sales share surged from 17.7% in the previous year to 24.9%, becoming the country with the largest market share of global construction machinery for the first time. You know, in 2003, this figure was only 1.6%, and the sales revenue was only 841 million US dollars.

Longgong and Zoomlion are the two fastest rising enterprises in the list, both rising by 5 places. Among them, Zoomlion jumped from the tenth to the fifth, with sales of US $9.449 billion. The market share of its long boom pump truck, on-board pump and mixing plant ranks first, and the sales scale of construction crane ranks first in the world.

In addition to Zoomlion, there are two Chinese enterprises in the top five. Sany Heavy Industry jumped to the fourth place from the fifth place last year, and its sales increased from US $10.956 billion to US $14.418 billion. Last year, its mining machinery sales reached 98705 units, ranking first in the domestic market for ten consecutive years, and won the global sales champion for the first time, accounting for 15% of the market share.

XCMG ranked among the top three for the first time, with sales increased from US $11.1 billion to US $15.159 billion, and the market share reached 7.9%. At present, the group has four overseas R & D centers, 15 manufacturing bases, KD factories or joint ventures. Its products are exported to 187 countries and regions, and the sales of truck cranes and large tonnage rollers rank among the top in the world.