In July, the sales volume of excavators decreased by 9.2% year-on-year, and the export sales increased rapidly. The domestic demand was H2 or marginal improvement. According to the data of Construction Machinery Industry Association, the sales volume of excavator industry from January to July 2021 was 241200 sets / yoy + 27.2%, of which the monthly sales volume of excavators in July was 17000 sets / yoy-9.2% (the caliber decreased by 1.1% year-on-year after quarterly adjustment), of which 5016 sets / yoy + 75.6% were exported. We judge that Q3 construction is expected to improve month on month, mainly due to: 1) the Political Bureau meeting on July 30 defined the focus of fiscal policy in the second half of the year, the issuance of government special bonds is expected to accelerate, and the counter cyclical adjustment effect of infrastructure investment is expected to gradually highlight; 2) Recently, the mine resumption or operation rate in the northern region has increased, and the demand for large-scale excavation is expected to improve. Maintaining the judgment of year-on-year growth in the sales volume of the excavator industry in 2021, the sales volume of the medium and long-term industry fluctuates or tends to be stable. We are optimistic about the cost performance of the current valuation level of the construction machinery sector. We believe that this sector has configuration value.

The fluctuation of domestic sales growth is due to the mismatching of the starting time of the base period. The global competitiveness of leading enterprises continues to strengthen. From January to July, the domestic sales volume was 206000 units / yoy + 19.7%, and the domestic sales volume in a single month in July was 12000 units / yoy-24.1%. By product sales, in July, the domestic sales volume of large excavation was 1940 sets / yoy-26.4%, that of medium excavation was 3576 sets / yoy-21.1%, and that of small excavation was 6813 sets / yoy-25.0%. We believe that the main reason is that the project started earlier this year than last year, and the release time of excavator demand does not completely match, resulting in large fluctuations in the year-on-year data of single month sales, but the cumulative data still reflects the resilience of domestic demand this year. From January to July, China exported 35100 excavators / yoy + 102.1%, and 5016 excavators / yoy + 75.6% in a single month in July. The export of excavators still maintained a rapid growth. With the improvement of the competitiveness of domestic enterprises and the gradual recovery of overseas enterprises from the epidemic, we believe that the export of excavators is expected to maintain a rapid growth this year.

In July, the operating rate and average working hours of excavators in China improved month on month. From January to June, the cumulative completion of real estate investment was 15.00% year-on-year, and the cumulative completion of infrastructure investment (excluding power) was 7.80% year-on-year. According to tiejia.com, in July 2021, the overall operating rate of excavator in China was about 88.0%, up 0.56 PCT month on month, and significantly higher than 67.8% in the same period in 2019. In July 2021, the national average monthly working hours of excavators was 119.7 hours, with a slight increase in the ring ratio (June: 117 hours). The excavator workload and operating rate have marginal improvement compared with June, reflecting the improvement trend of downstream demand. 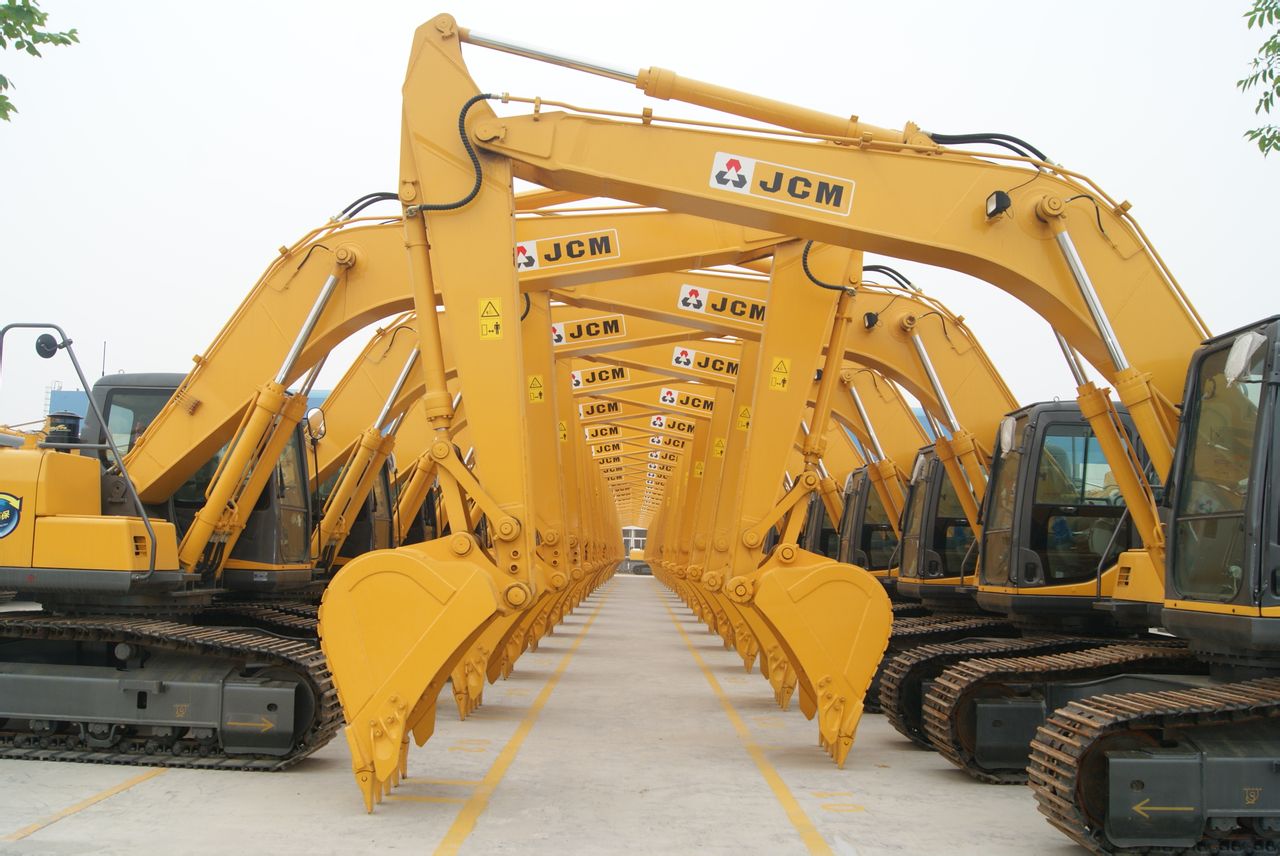 The mine is gradually resumed, and the H2 infrastructure investment is expected to speed up, which is expected to drive the marginal improvement of excavator demand. According to the data of the Construction Machinery Industry Association, the cumulative sales volume of large-scale excavation from January to July was 23900 units / yoy + 5.6%, and the sales growth rate is lower than the overall domestic sales growth rate, mainly due to the impact of the mine production restriction policy in Q2. With the recent resumption of mining and the increase of operating rate in northern regions such as Inner Mongolia and North China, the demand for Q3 large excavation is expected to improve marginally. At the same time, the Politburo meeting on July 30 proposed that the active fiscal policy should improve the policy efficiency, reasonably grasp the progress of investment in the budget and the issuance of local government bonds, promote the formation of physical workload at the end of this year and the beginning of next year, and emphasize accelerating the construction of major projects in the 14th five year plan. According to wind, from January to July, the national issuance of local government bonds increased by about 1.88 trillion yuan, accounting for only about 42% of the quota. The issuance progress is slow. It is expected to accelerate the issuance in the second half of the year, stimulate the growth of infrastructure investment and support the demand for construction machinery in the second half of the year.