// BLOG DETAILS
You are here: Home » Blog » Industry News » How does a diesel engine work？

How does a diesel engine work？

When the diesel engine is working, the piston moves back and forth in the cylinder, carrying out four working strokes of intake, compression, work and exhaust. Diesel engines are divided into different types according to their working principles. The working cycle of construction engine consists of intake, compression, fuel injection, ignition and combustion, expansion work and exhaust. These processes can be carried out by either four-stroke or two-stroke diesel engines. Let’s take a four-stroke automotive engine as an example.

This article contains the following: A diesel engine works in four steps 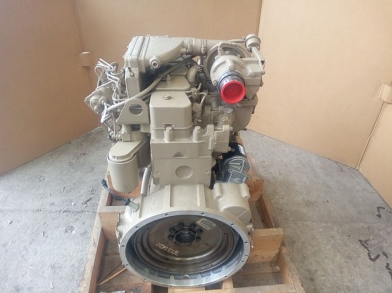 In the early stage of the diesel engine work, the combustion is still going on violently, so that the pressure and temperature in the cylinder are sharply increased, the maximum value of which can reach 6MPa and 1500~2000℃ respectively. When the compression stroke is close to the end, the injector will spray the oil mist into the cylinder at high pressure. After the oil mist enters the high-temperature gas, it will mix and evaporate, and quickly form a combustible mixture and burn on its own. A large amount of heat generated by combustion causes the temperature and pressure in the cylinder to rise sharply. At this time, because the inlet and exhaust valves are closed, the high pressure gas pushes the piston from the top to the bottom point and pushes the crankshaft to rotate through the connecting rod.

Under the action of the flywheel inertia force, the rotating crankshaft drives the piston of the connecting rod to move from BDC to DC. At this time, the intake valve closes and the exhaust valve opens. Because the exhaust gas pressure is higher than the outside atmospheric pressure, at the same time, under the push of the piston, the working exhaust gas is discharged from the exhaust valve.

When the exhaust stroke is over, that is, the piston reaches TDC, the crankshaft continues to rotate and the piston begins to move from TDC to TDC for the next intake stroke. Diesel engine every intake - compression - expansion - exhaust process, called a working cycle. In this cycle, the crankshaft turns two times and experiences four strokes, so this diesel engine is called a four-stroke diesel engine.

In conclusion, diesel engine is a pressure - fired internal combustion engine fueled by diesel oil. When working, the air in the cylinder is compressed to produce high temperature, so that the injection of diesel fuel combustion, high temperature, high pressure gas, gas expansion to drive the piston work, the heat energy into mechanical work.