At present, with the gradual relaxation of overseas epidemic control, European and American countries have strengthened infrastructure construction in order to restore the economy, and the rigid demand for China's construction machinery in the international market has also increased.

It is worth noting that the overseas demand for domestic construction machinery is booming, and it is still facing the challenges of soaring shipping prices and tight resources in the export channel of "one container is difficult to find". 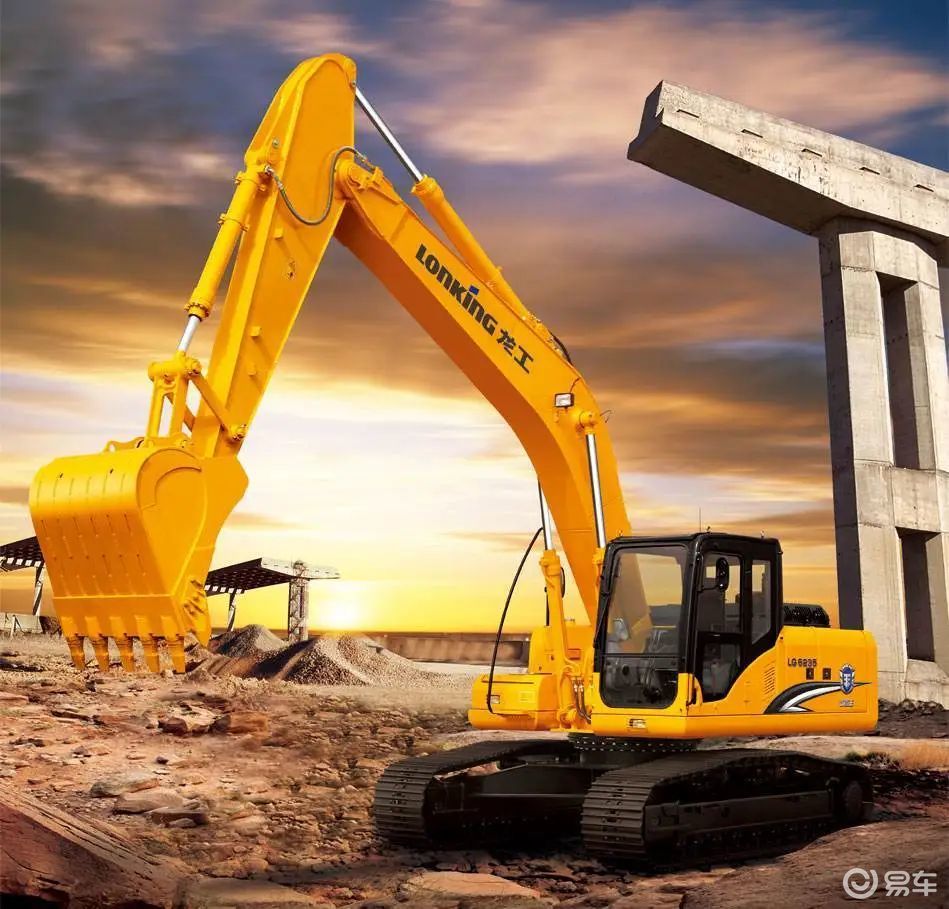 According to the analysis of market institutions, the overseas export of construction machinery excavators continues to exceed expectations. In the future, under the mature distribution of sales and financing channels, the overseas market is expected to gradually enter the harvest period.

The recovery of external economic prosperity drives the sales of excavators

In the first quarter, the external economic boom accelerated and rebounded, driving the overseas sales of domestic construction machinery.

In 2020, the overseas market sales of Sany Heavy Industry excavator exceeded 10000 units, with a year-on-year growth rate of more than 30%. Public data show that in the first half of this year, Sany Heavy Industry sold more than 10 billion yuan in the overseas market, with a year-on-year increase of 100%, of which the sales of excavators in Europe increased by 99%.

"There are relatively large opportunities in overseas markets." Xiang Wenbo, President of Sany Heavy Industry, believes that there will be some fluctuations in the domestic construction machinery market in 2021, but the new environmental protection upgrading and population aging trend will accelerate the replacement of machines.

With the strong recovery of overseas market in the first half of the year, Liugong's overseas sales of construction machinery products increased by more than 80% from January to June, including the sales of excavators in Africa.

"Last year, the overseas epidemic suppressed some market demand for foreign excavators." On August 3, Zhang Jinjin, marketing director of Shanhe intelligent international marketing division, told China Economic Weekly that at present, the sales of excavators in China has entered a stable stage, and the market has become saturated, but the sales of excavators in foreign markets have ushered in a golden opportunity.

In the first half of 2021, the export sales of Shanhe intelligent excavator accounted for about 25%“ At present, we are also mobilizing resources from all parties to fully expand production capacity. " Zhang Jinjin predicts that the overseas excavator market will continue to grow in the next two or three years at least.

Benefiting from the booming overseas market, both leading and market segment enterprises have made "bright" achievements.

The net profits of the four enterprises increased year-on-year, of which Shantui shares had the highest growth rate, reaching 100% ~ 150%.

On August 4, Xiao Dewei, a researcher at Caixin securities, said in an interview with China Economic Weekly that for the overseas market, domestic brands of construction machinery have been laid out for many years and have established a good brand effect at present. Driven by the recovery of overseas demand and the globalization strategy of domestic brands, exports will continue to maintain strong growth. Those domestic leaders who attach importance to the expansion of overseas markets and have achieved remarkable results in internationalization strategy are expected to become global leaders with the strong growth of overseas markets.

Despite the strong demand in the overseas market of domestic construction machinery, it is also facing the challenge of logistics.

Since January 2021, the price of container shipping has increased fourfold. The soaring shipping cost has brought certain cost pressure to construction machinery manufacturers, and the phenomenon of "one container is difficult to find" has also affected domestic excavator exporters.

A relevant person of Sany Heavy Industry told China Economic Weekly: "the overseas epidemic has repeatedly impacted the industrial chain and supply chain of many countries, and China has become a global production factory and received a lot of export orders. The export of various domestic materials has occupied a large number of shipping spaces, resulting in the tense situation of excavator shipping export. We try every means to ensure supply every day. "

Zhang Jinjin, marketing director of Shanhe intelligent international marketing division, said: "now the imbalance between supply and demand of shipping capacity leads to soaring costs, which has a great impact on the export of enterprise excavators. It's really not easy to rush to order a container."

In the case of extreme global container shortage, the contradiction between supply and demand of transport capacity faced by China and major ports still cannot be solved in the short term.

China Economic Weekly learned that in order to open up the export channels of excavators, some construction machinery exporters began to "seek other channels".

Facing the difficulties in export logistics, Zhang Jinjin said: "it's not that there is no way to think about it. The conventional treatment is to rush to order containers in advance and reasonably arrange diversified export channel resources. Of course, we will also communicate with dealers to book container shipment in advance, and the sea freight will be apportioned in proportion; Some agents will also solve the problems of shipping logistics by themselves and arrange their own ships to ship machinery. "

On August 3, a person with more than 20 years of experience in the shipping industry told the reporter of China Economic Weekly that facing the challenge of "one box is difficult to find" in the shipping market, shipping enterprises should work with construction machinery enterprises to design logistics s