// BLOG DETAILS
You are here: Home » Blog » Industry News » Excavator demand fluctuates in the short term and is expected to remain stable in the medium and long term

Recently, we have concentrated on the excavators distributors in East China, Southern China and southwest China. We believe that the short-term sales will continue to rise at the bottom of the market under the influence of the epidemic, and the seasonal rise of the fourth quarter will be a year-on-year increase. The annual sales volume of the excavators will increase by 10% to 360 thousand. In the medium term, we expect that the industry sales volume will remain relatively high and stable in the next 2-3 years, and the concentration of industry leaders will be further improved. 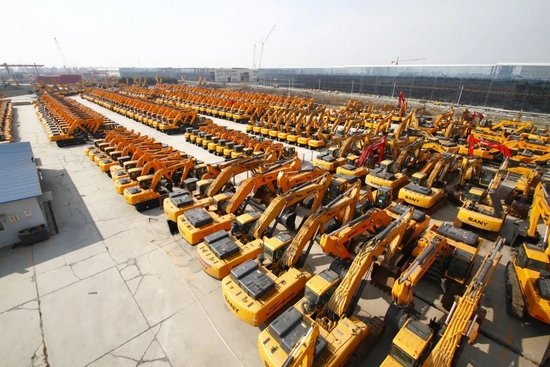 From July to August, the demand side is still under pressure, and there is a certain lag in policy transmission. From July to August this year, under the influence of rainfall and epidemic situation, the industry did not show a significant narrowing trend of the decline expected by the market, but remained low and volatile. In August, South China and East China improved month on month, and the year-on-year decline in Southwest China maintained a double-digit level. The impact of the early RRR reduction and the accelerated issuance of local government special bonds on the project end may lag. Looking ahead, we expect the demand of 4021 industry to show a "tail", and the annual excavator sales are still expected to maintain about 10% in 2021, with a positive growth of 360000 units.

Price competition is slowing down and business terms are becoming stricter. With the price reduction of small and medium-sized excavation in recent two years, it is difficult for dealers to have a "profit-making effect" in sales of small and medium-sized excavation; Only large excavation still has a positive price difference. Although the price increase advocated by the industry association in June has not been finally implemented, the current end sales price of the industry is basically stable; The down payment ratio is strictly implemented by most manufacturers, the payment collection cycle is generally about 2 years, and the risk control is implemented in place.

The main engine factory shall increase its support to dealers. Due to the large price decline in the early stage, most excavator dealers contribute limited profits from the price difference, which mainly depends on the reward and Rebate Policies after the market share assessment meets the standard. Since the second quarter, in order to ensure the ecological stability of the upstream and downstream of the industry, the main engine factory has increased its support for dealers. Dealers are increasing digital capacity-building, improving human efficiency and resource transformation efficiency, and further improving medium - and long-term competitiveness.

Overseas markets provide medium - and long-term growth momentum. In June / July 2021, the proportion of overseas export sales in the sales volume of the current month reached 26% / 29% respectively, and the contribution rate of overseas market continued to increase; In the medium and long term, we expect that the overseas market share of Chinese enterprises is expected to continue to grow, and the export sales volume of Chinese excavators is expected to reach more than 100000 units, so as to ensure the stability of the medium and long-term demand of the industry.