The Oxford Institute of economics, a UK based market analysis and forecasting institution, said that fiscal stimulus had played a key role in helping the U.S. economic recovery, and some additional proposals had brought more possibilities to the construction industry in the next few years.

Mark Killion, director of American industry at the Oxford Institute of economics, said: "we have incorporated the American employment plan (AJP) into our economic forecast. This is an important assumption. The plan can provide a lot of impetus for growth."

In terms of public health, developments in the coming months are also likely to have an impact on the next few years. The Oxford Institute of economics's baseline forecast for GDP growth of 7.3% in 2022. If the vaccine is novel coronavirus pneumonia variant, the increase may be slightly below 3%. If inflation persists, the growth rate may be slightly less than 6%. If there is a consumption boom, growth may jump to nearly 10%. 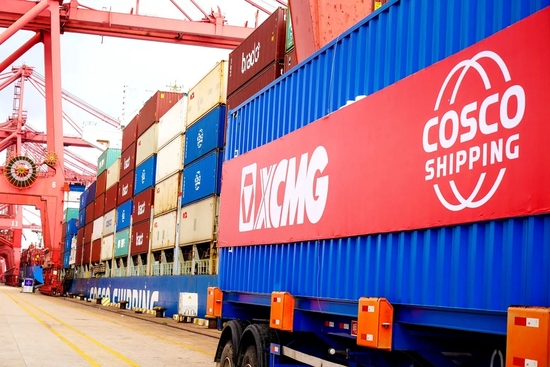 Model simulations of manufacturing and construction show that by the end of 2023, output will increase by 3.5% through the U.S. employment program (AJP). The plan will drive a significant increase in spending on non residential infrastructure projects.

"The private, local, state and federal sectors are expected to achieve double-digit growth at least next year and 2023," Kilian said.

Federal spending will show the most significant upward trend. It is estimated that the annual growth rates from 2022 to 2025 will be 29.4%, 26%, 12.5% and 2.5% respectively. It will increase by 70% over a four-year period. In contrast, federal spending grew by only 4.8% during 2015-2019. State and local infrastructure spending will also increase significantly through the plan. It is expected to grow by 33% in the next four years. Funds from the private sector are expected to grow by 37 per cent.

It is urgent to speed up the construction of new houses, and housing affordability has become a major problem. But demand is still in short supply. The shortage of materials and labor has led to a sharp increase in the backlog of orders for home builders since 2006.

Rising house prices have exacerbated inflation concerns. "Housing affordability has become a common problem throughout the United States," Killian said. In fact, the current year-on-year increase in house prices in the United States ranks fourth in the world, second only to Sweden, Denmark and Russia.

Kilien said that it is not only the United States that house prices are rising, but also the manufacturing inflation pressure is very high.

Benjamin duyck, director of market intelligence of the American Equipment Manufacturers Association (AEM), said that the construction equipment industry continues to be in a business cycle and tends to be more stable at the same time.

According to the data of American Equipment Manufacturers Association (AEM), compared with the past 12 months, the demand of main construction equipment categories in the next 12 months is expected to be as follows:

-Lighting stabilized (expected growth of 1% to 5%).

As demand continues to grow, many AEM members say the current inventory level is too low. About 45% of respondents said inventory levels had been declining over the past few months. Too low inventory means that production must be increased rapidly.

Most Association members have been able to increase production to some extent. However, new orders are also increasing, resulting in an increasing number of unfinished orders.

-83% indicated an increase in new orders.

-87% indicated an increase in backlog orders.

-97% indicated an increase in new orders.

-90% indicates an increase in backlog orders.

"Nearly 95% of AEM members are experiencing supply chain problems," Dick said, "More than half said that these problems are becoming more and more