// BLOG DETAILS
You are here: Home » Blog » Industry News » Can the construction machinery industry get out of the "cycle trap"?

Can the construction machinery industry get out of the "cycle trap"? 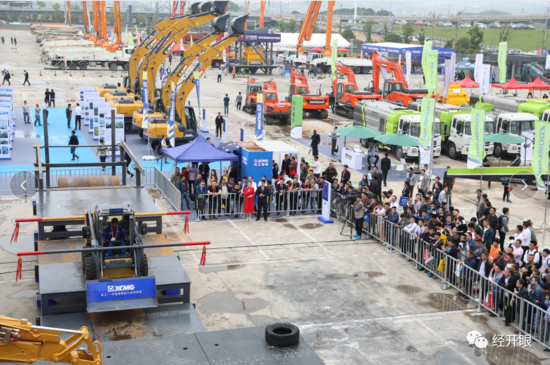 In China, construction machinery is an industry deeply bound with infrastructure construction. It is for this reason that the industry is marked with the brand of "Periodicity".

Before 2012, benefiting from industrial policies and market environment, China's construction machinery industry grew rapidly. Taking Zoomlion as an example, the company's revenue increased from 245 million yuan in 2000 to 48.071 billion yuan in 2012, with an annual compound growth rate of 55%.

From 2012 to 2016, the growth rate of domestic infrastructure construction and real estate investment decreased, and the construction machinery industry had serious overcapacity, which fell to the bottom in 2015. In that year, the national sales volume of excavators was only 56000, down 68% from 2011, and the enterprise suffered a large loss.

Since 2016, the prosperity of the construction machinery industry has continued to rise under the influence of various factors such as accelerated infrastructure investment, renewal of stock equipment and accelerated trend of machine generation. In the past four years, the compound growth rates of the income of the four leading enterprises of Zoomlion, Sany, XCMG and Liugong have been 41%, 38%, 36% and 27% respectively, and the business performance of the enterprises has repeatedly hit record highs.

CSC Securities believes that construction machinery is generally regarded as a highly cyclical stock in the market, and its inertial thinking stems from the industry cycle from 2012 to 2015. Looking back on the two core reasons for this round of trough: first, the macro policy shift, and the industry is directly facing the pressure brought by regulation; Second, many OEMs have launched zero down payment and low down payment policies, and a large number of products flow to customers with poor qualifications. Judging from this, there is no possibility of recurrence of the previous industry trough.

"The prosperity of the construction machinery industry is highly related to the macro economy. From the perspective of the national development prospect of" two new and one heavy "and the investment in the 14th five year plan, the macro economy is rising in a straight line. I think the fluctuation of construction machinery is also fluctuating upward around the main line of national development. As for the fluctuation range, it depends on whether the enterprise can achieve high-quality and steady growth." Zhan Chunxin, chairman of Zoomlion, said.

Xiang Wenbo, President of Sany Heavy Industry, said in an interview with China Securities Journal that the construction machinery industry will no longer experience the downturn cycle as before. On the one hand, the country's macroeconomic policy is stable. Although there will be some fluctuations in the market, there will be no sharp decline as before; On the other hand, the process of replacing labor with machines has just begun. As a tool, excavator still has a large market space.

"This cyclical change is inevitable. For the whole industry, the cyclical change is closely related to the change of the economic cycle." For example, he Qinghua, chairman of Shanhe intelligence, said that from 2012 to 2016, the sales volume of excavators in China decreased from more than 100000 units to less than 50000 units, and now it has reached more than 300000 units. However, compared with the European construction machinery market, although they also have relatively large fluctuations, the fluctuation range is far less than that in China.

In view of the recent decline in sales growth, some analysts believe that this is not enough to prove the arrival of a new wave of adjustment cycle. On the one hand, due to the impact of the epidemic, the overall commencement time in 2020 was delayed, resulting in the centralized release of equipment sales demand in the later stage, and the year-on-year growth rate in the second quarter of 2021 was dragged down by the base; On the other hand, in the first half of this year, the price of steel raw materials continued to run at a high level, prompting many enterprises to raise prices many times during the year, which had a certain impact on sales.

Carefully observe the changes in the data of China's construction machinery industry in recent years. A significant feature is that the overseas market is increasingly becoming a new blue ocean, and a new development pattern of mutual promotion of domestic and international double cycles is gradually taking shape.

According to the data of Xinhua Finance and economics, in the first half of 2021, China's construction machinery realized a trade surplus of US $13.025 billion, 9.11 times that of the previous boom peak in 2011. In 2020, China's export volume of excavators reached 34700 units, 4.65 times that of 2013, while the domestic sales increased by 2.79 times in the same period, and the export growth rate was significantly faster than that of domestic sales.

At present, the overseas businesses of Zoomlion, Sany and XCMG account for 5.89%, 14.20% and 8.26% respectively. Compared with more than 80% of Komatsu in Japan and more than 60% of caterpillar in the United States, domestic enterprises still have great room for improvement, and overseas businesses may become the starting point of the "leveling" cycle of these enterprises.

"At present, one belt, one road, is located in the world by ZOOMLION, which covers more than 100 countries and regions, and has more than 50 permanent agencies in the world. In 2015, Zoomlion Belarus base built after Zoomlion settled in the China Belarus Industrial Park has been officially put into operation. " Li Bin, executive deputy general manager of Zoomlion overseas, said that the company is actively adjusting and optimizing the global industrial layout and resource allocation to create a new growth pole for overseas business.

Looking back at China, the construction machinery market still has great potential. In 2019, China has 1526000 excavators, about 2.7 times that of the United States and 2.3 times that of Japan. CICC believes that although in absolute terms, the number of excavators in China is significantly higher than that in the United States and Japan. However, from the comparison of the relative ownership per capita, per unit land area and per unit gross output value of construction industry, the penetration rate of construction machinery in China is still low: in 2019, the ownership of excavators per million people in China was 1090, far lower than 5154 and 1707 in Japan and the United States.

In the long run, with the aggravation of China's aging population, machine generation will become the general trend. According to the data of the National Bureau of statistics, in 2019, the number of urban unit employees in China's construction industry reached 22.7 million, a year-on-year decrease of 16.2%, which continued to decline from 29.22 million in 2013. In 2019, the average wage of urban unit employees in the construction industry was 65600 yuan, a year-on-year increase of 8%, which has continued to rise over the years. Industry insiders expect that with the labor shortage and rising labor costs, it will bring a large demand for construction machinery.

In the short term, the second quarter meeting of the Political Bureau of the CPC Central Committee deleted the "window period with less pressure on steady growth" proposed by the first quarter meeting in judging the current economic situation, indicating that China's economic growth is facing uncertainty in the second half of the year, and the financial policy added the expression of "promoting the formation of physical workload at the end of this year and the beginning of next year". This is interpreted by the market as favorable for the future large infrastructure, especially the expectation of the construction machinery industry. Affected by this, after the opening on August 2, the large infrastructure sector, whose share price has been weakening for many months, suddenly made a force, and Sany Heavy Industry and Zoomlion successively rose the limit.

"Zoomlion has developed into the world's largest tower crane manufacturer, and its market share has remained the first in the world for a long time." Tang Shaofang, vice president of Zoomlion, said that prefabricated buildings involve hoisting large building structural parts, which will bring demand to the industry, especially increasing the demand for a large number of medium and large tonnage tower cranes.

From the enterprise level, diversified layout, intelligent transformation and digital upgrading are becoming common practices for leading enterprises in the industry to resist cyclical fluctuations.

Since 2001, Shanhe intelligent has cut into the aviation field, showing its strength in aircraft leasing, air express, UAV, light sports aircraft, etc., and developed a number of independent brand navigation products represented by Shanhe sa60l light sports aircraft to fill the gap in China; In 2011, Zoomlion took the lead in arranging the agricultural machinery industry in the industry. Now, the agricultural machinery and smart agriculture sectors have become one of the three business sectors of the company, with a revenue of more than 2.6 billion yuan in 2020, a year-on-year increase of 67%.

"In addition to agricultural machinery and smart agriculture, aerial work machinery is now in a period of rapid development in the domestic market. Based on the technology, management and resource advantages previously accumulated by Zoomlion, the company's aerial work machinery sector is developing rapidly." According to Yang Duzhi, board secretary of Zoomlion, in addition to the machinery plate represented by agricultural machinery, high machinery and excavator, the new material plate represented by special dry mixed mortar is also expected to expand new profit space for Zoomlion.

Perhaps after experiencing the pain of the industry trough, these leading construction machinery enterprises put their stable operation in an important position after returning to high profitability. It is understood that at present, leading enterprises such as Zoomlion and sany have not reduced the credit threshold to meet the overdraft demand, and the overall business quality is significantly better than before.

Nowadays, intelligent, digital, networked and lightweight construction machinery are enabling the continuous expansion of application fields. In Sany Heavy Industry production workshop in Lingang New Area of Shanghai pilot Free Trade Zone, an excavator goes offline in an average of 7 minutes for each production line; In Changsha high tech Zone, Zoomlion smart industry city, with a total area of more than 10000 mu, has entered the stage of "construction and production". By building more than 7 world leading lighthouse factories, more than 300 intelligent production lines, covering 5g and 20 "black light production lines" in the first industry, it can finally achieve 100% product qualification rate, 55% reduction in production cycle and one excavator off the line every 6 minutes; On the Zoomlion industrial Internet platform, more than 450000 sets of various construction machinery and equipment across the country are connected. Through real-time data transmission, the real-time status and operating rate of each equipment can be learned online, which has become a "barometer" reflecting the national economic operation.

In recent years, the market share of domestic construction machinery brands has been increasing. Taking the excavator with the largest sales volume as an example, the market share of domestic brands has increased from 16% in 2007 to 69% at present. China's construction machinery, which has experienced periodic baptism, is realizing long-term sustainable development through continuous upgrading of products and services. Many researchers judge that under the general tone of seeking progress in stability, the de cyclization of China's construction machinery industry will become a long-term trend, and the Matthew effect of the industry will become more and more obvious（ Source: Xinhua Finance and Economics)